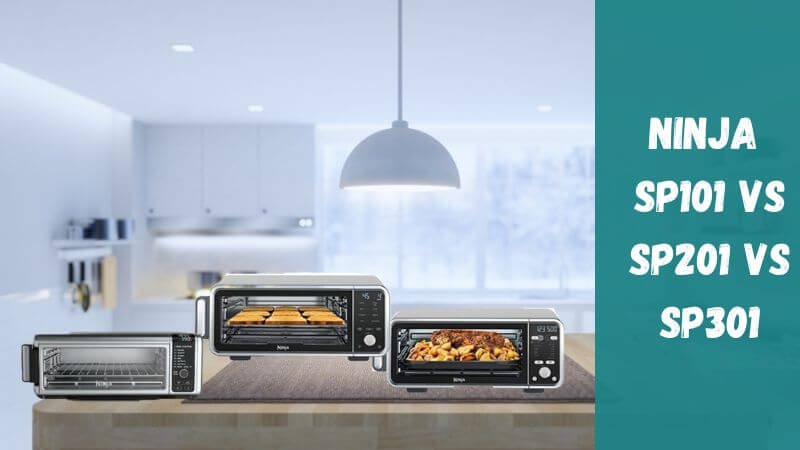 Although Ninja SP101 is the earliest of all the three models, all of them have heating elements with the same power rating. The 1800W heating element is good for cooking fast. It will also help to cook the food uniformly.

Ninja SP101 can cook up to 450F. Although it is sufficient for an air fryer oven, the other two models can cook up to 500F. They are better than SP101. Because of the wider temperature range, SP301 has versatile cooking options.

Ninja SP101 and SP201 are 8 in 1 air fryer ovens. They have almost the same cooking function and presets. But the SP301 has more cooking presets on the control panel. As it has a wider temperature range, it has more options such as sear crisp, rapid bake, and so on.

However, none of the Ninja Foodi models have some useful functions such as rotisserie and temperature probe. If precise control of food temperature is important to you, then you may look for other Ninja or Nuwave air fryer ovens.

Considering the features and comparing them with the price, I think Ninja SP301 is the winner. It has more cooking functions, a wider temperature range and it is the most recent release of the SP series air fryer oven. Although it has advantages over the other two models, the price of this model is still decent. Therefore, if I were to make a decision among these three, I’d definitely choose SP301.