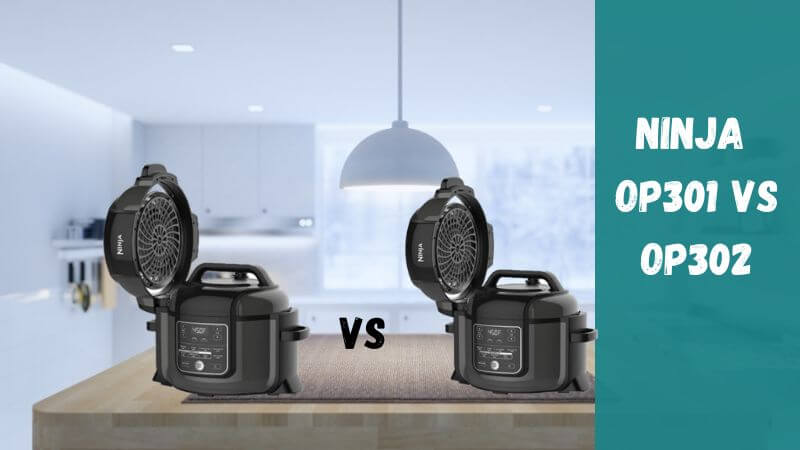 When it comes to choosing between Ninja Foodi models, the OP301 and OP302 are both great options. However, there are a few key differences between the two that you should know before making a decision.

Comparison between OP301 and OP302

Similarities between OP301 and OP302

Cooking functions that are common

Cooking functions that are missing by both

Dissimilarities between OP301 and OP302

Cooking functions that are different

Both of the models have all the cooking functions common except for the dehydrate function. In fact, OP302 is the updated version of OP301 with the addition of that function. Therefore, if you will be dehydrating fruits and vegetables too often, then OP302 is a better deal.

Price is the only advantage of OP301 over its competitor. It does not have any feature or function that is absent in OP302. Although it has so many other advantages to mention, none of them will be exclusive to this model.

Ninja OP302 has the dehydrator function. This function is absent in the competing model. All other advantages of this model are common to OP301.

Ninja Foodi OP302 is the winner if we consider the added feature. It is actually an OP301 with the added dehydration function. However, if you do not need the dehydrator feature, then OP301 will be better for you. This model is far inexpensive. Therefore, it will save you some money.